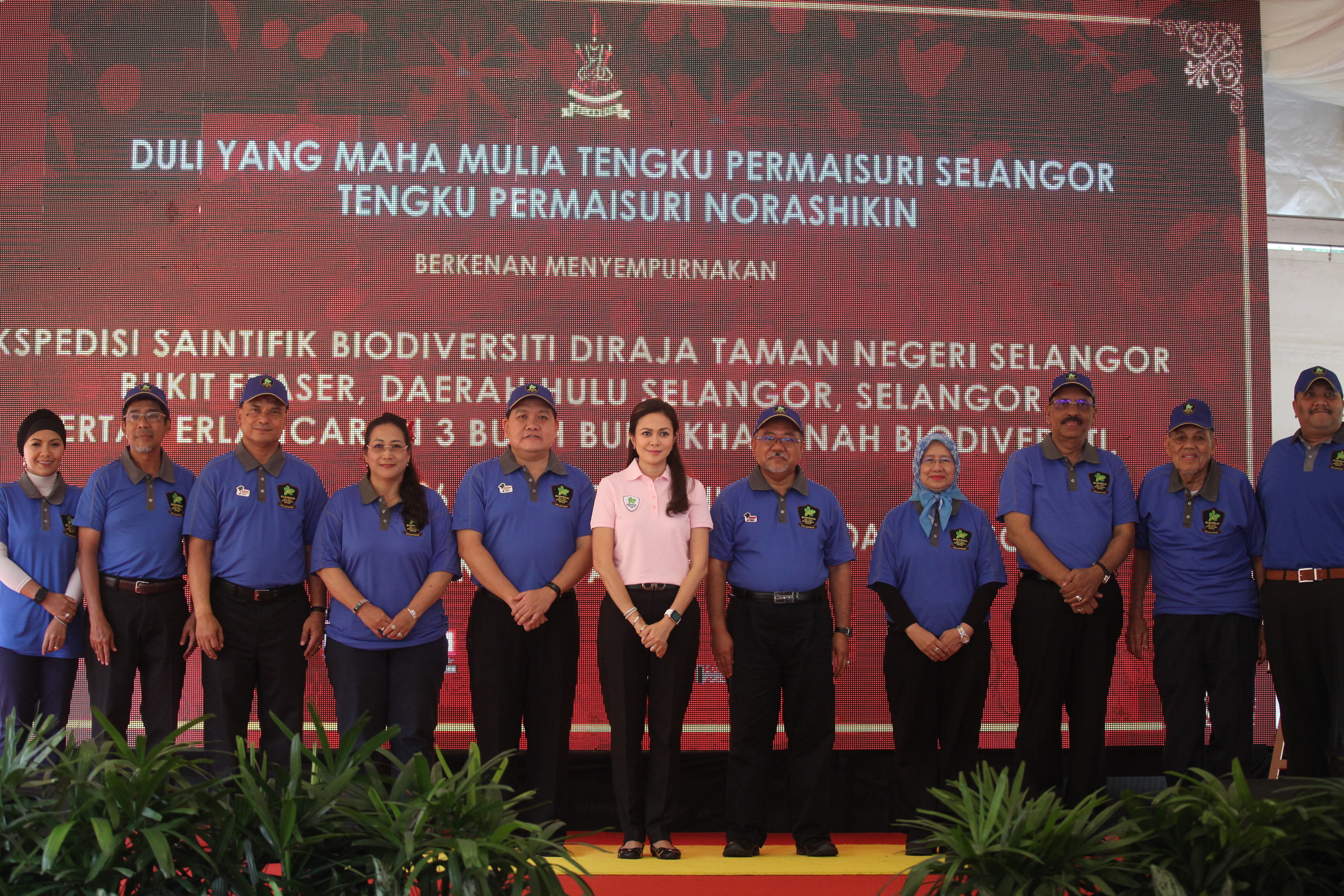 The Royal Expedition Programme was held for the first time in the State of Selangor with the aim of collecting, documenting and conducting scientific studies on the diversity of orchids, ornamental plants and medicinal plants that are available in Fraser’s Hill and Hulu Selangor.

The programme was attended by 40 researchers from all over Malaysia led by Prof. Rusea Go who specialises in the field of orchid research. The five-day programme began on 26 August and will end on 30 August 2019 in the area of Fraser’s Hill Selangor State Park.

The data obtained will assist in university research, teaching, learning, consultation as well as enhancing collaborations between UPM and the community and also the Department of Forestry in the conservation of natural resources in the forest area.

The park is a conservation centre for wild orchids from Malaysia’s mountainous areas as well as an orchid research development area which was established with the collaboration of UPM experts and researchers from across Malaysia and the world.

The new orchid species was first found without any flowers in 2013 at a Forest Reserve in Peninsular Malaysia during a botanical expedition by a group of UPM botanical scientists and the Selangor State Forestry Department (JPNS).

The Vanilla Norashikiniana orchid plant was later planted at a UPM nursery and began to flower in November 2014. Researchers took almost three years to verify the discovery of this new species.